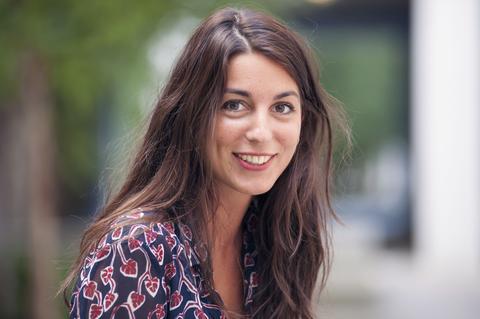 Today, digital technology is redefining not only our research practices, but also everything that makes up our culture.

Post-doctoral student at the Observatoire de la vie littéraire1 (OBVIL), Marine Riguet has become an expert in the digital humanities. She explains how this new field of research that brings science and the arts into dialogue has influenced her professional and personal life.

What do you recall about your studies at Sorbonne University?

Marine Riguet: During my PhD, I had the chance to collaborate with engineers and researchers in digital humanities, linguistics and computer science in a very dynamic and stimulating laboratory. Having been educated as a literary scholar, this opened up new fields such as programming. Skills that I was able to put to good use when I spent a semester, after my thesis, at the University of Chicago to develop a tool to contribute to automatic text mining.

How did you become interested in the digital humanities?

M. R. : After a master's degree in literature at the Sorbonne University, I spent three years in publishing before resuming a thesis in 2014 with Professor Didier Alexandre, director of the OBVIL lab, and one of the specialists in artificial intelligence, Professor Jean-Gabriel Ganascia.

I have long been interested in multi-disciplinary methods, so I took advantage of the digitised corpuses within the OBVIL to study the influence of the life sciences and humanities on literary criticism in the second half of the 19th century. Only the use of computer tools could have allowed me to analyse this vast body of texts, which naturally led me to encounter the digital humanities.

What exactly does the term "digital humanities" mean?

M. R. : The aim is to put the new possibilities offered by computers and information technologies at the service of literature, art, the humanities and social sciences. Digital humanities are trans-disciplinary, making it possible to change the reading ranges so as to observe phenomena that would not otherwise have been observed.

Can you give us an example of an application?

M. R. : To better understand the circulation of a concept and its shifts in meaning from one field to another, I used an algorithm that converts all words in a text into vectors and then calculates their proximity or distance. Such a tool makes the semantic environment of a term in a given context observable.

For example, in nineteenth-century literary criticism, I found that the word "milieu" is close to terms such as "selection", "vertebrate" or "physiological", which show a very strong biological connotation. On large-scale studies, this type of tool makes it possible to trace the archaeology of a discourse and the way in which fields influence each other.

What are the potential abuses of the use of these tools?

M. R. : Since the 19th century, literary criticism has always sought scientific support. While statistical tools provide us with elements of measurement, it is however illusory to claim to be able to draw an objective interpretation from them.

The algorithms we use are programmed according to choices made by computer scientists and researchers in the humanities and social sciences. It is therefore vital to maintain a critical distance from the tools used and to analyse results according to their limitations. The challenge is to succeed in articulating literary questions, computer methods and our critical spirit.

Has the digital humanities permeated other aspects of your life?

M. R. : They spontaneously led me to work on new forms of writing. Digital technology makes it possible to leave the static nature of the page to write in other dimensions, whether in the form of a blog feed, a podcast, a filmed diary or, in my case, audio-visual writing. With it, I don't just write with text: I write with sounds, silences, the rhythm of images... I write in movement on living matter. Probably because there are not yet any fixed forms, rules or authorities, the creative freedom it offers seems immeasurable to me.

What direction do you see for your career?

M. R. : Eventually, I hope to continue working as a digital humanities researcher. Although there are few positions entirely devoted to this field, I feel it is important to defend the place of the humanities and social sciences in the current initiatives involving artificial intelligence and new technologies. Today, digital technology is redefining not only our research practices, but also everything that makes up our culture: our relationship to knowledge, memory, space, time, our view of others, the body and literature.