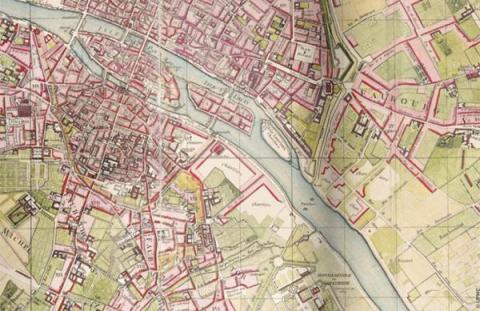 The history of Sorbonne University is inseparable from that of the University of Paris, founded in the 13th century, and the place that became its main centre of influence, the Sorbonne.

The University de Paris was founded at the very beginning of the 13th century with the appearance of the guild of Parisian teachers and students (universitas magistrorum and scholarium Parisiensis), which competed with the teaching given in the schools of the cloister of Notre-Dame de Paris, on the Île de la Cité. This first "university" had its own regulations and statutes, was arranged in four faculties (liberal arts, law, medicine and theology) and, although it did not really have its own buildings, took root on the left bank of the Seine.

To welcome students who come from all over Europe that were grouped together in "nations", many colleges were created on the slopes of the Montagne Sainte-Geneviève. Founded by Robert de Sorbon, the master of theology, and recognised by royal power in 1257, it became the main establishment of the Faculty of Theology. The "Sorbonne" college gained a considerable reputation, contributing to the European influence of the University of Paris. The teaching places linked to the various other faculties were scattered around the same district, as the colleges grew in number, a continuous movement until the 17th century, at which time libraries and lecture halls were created.

The 17th century marked an important stage in the physical history of the Sorbonne: having become the director of the Sorbonne college in 1622, Cardinal de Richelieu commissioned the architect Jacques Lemercier to renovate and unite all the disparate buildings that made up the college at the time. Notably, a baroque-inspired domed chapel (1635-1642) was created in the heart of the renovated Sorbonne. In the second half of the 18th century, the University set up its headquarters in the premises of the Collège Louis-le-Grand, which had been left unoccupied by the expulsion of the Jesuits in 1762, but no major project has yet revolutionised the place occupied by the various faculties in the Latin Quarter. 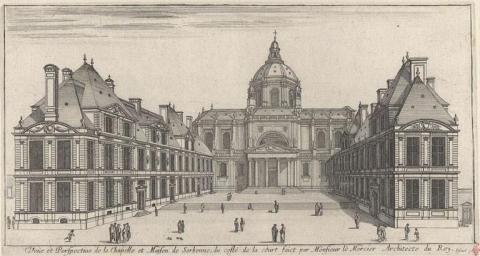 The turn of the 19th century

Abolished in 1793, the faculties were recreated under the Empire in 1806 and this became the official founding date of the Faculties of Arts and Sciences. However, it was not until the Third Republic that the University of Paris began its institutional transformation and that a rationalisation of the University space finally took place.

The dynamic that led, in 1896, to the reorganisation of the faculties spread throughout the country into "universities" was accompanied in preceding years by a democratisation of the student body, the very gradual access of women to courses, the specialisation of teaching and the creation of research laboratories. It is against this backdrop that the Sorbonne, where teachers had long deplored the "lack of premises", finally benefitted from an ambitious renovation project under the guidance of the architect Henri-Paul Nénot. In three successive building projects from 1882 to 1901, and after the demolition of Lemercier's buildings (except for the chapel), the faculties of Arts and Sciences moved into the new Sorbonne. The Faculty of Medicine remained in a special place: having left its medieval location in the rue de la Bûcherie at the end of the 18th century, it was located on the rue de l'Ecole-de-Médecine, in new premises encompassing the former Royal School of Surgery.

The specialisation of teaching, through the creation of dedicated chairs, contributes to the development of new disciplines and new fields of research and experimentation. The creation of marine stations attached to the Faculty of Science is an example of this process. Roscoff and Banyuls-sur-Mer marine stations were founded in 1872 and 1882 respectively by Henri de Lacaze-Duthiers, director of the experimental zoology laboratory at the Sorbonne and a pioneer in marine biology. The structuring of these new courses was accompanied by the constitution of reference collections intended for study and research, in particular collections of specimens or samples still preserved today at the Sorbonne University, as well as important libraries. 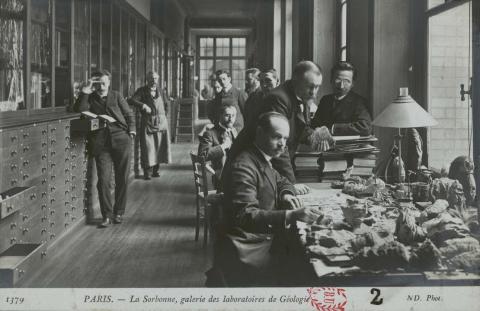 From the new Sorbonne to Sorbonne University

The first half of the twentieth century was notable for a steady increase in the number of students and the Sorbonne laboratories were at the center of many scientific developments. On Rue Cuvier, in buildings newly assigned to the Faculty of Sciences, Marie Curie continued her work on radium after Pierre Curie's death in 1906, which culminated in 1911 in the Nobel Prize for Chemistry. For a long time, the Sorbonne remained the beating heart of the University of Paris, but several "annexes" were built between the wars. Between 1914 and 1926, Nénot built the Institute of Geography on rue Saint-Jacques, and an Institute of Art and Archaeology, designed by architect Paul Bigot (1925-1928), was built on rue Michelet. The Institute of Hispanic Studies was inaugurated in 1929, based on plans by Edouard Lambla de Sarria.

This expansion continued after 1945, with the installation of laboratories of the Faculty of Sciences on the Orsay campus in 1956, part of the teaching of the Faculty of Arts was transferred to sites at Censier and Nanterre, and the allocation of the Halle aux Vins quadrangle to the Faculty of Sciences, so that it could have tailor-made premises. Work carried out on the Jussieu campus (now the Pierre and Marie Curie campus), officially launched in 1958 with the construction of the first bars by Urbain Cassan, which would never really be finished. Edouard Albert took over the project in 1962, under the impetus of André Malraux, which led to the creation of the famous "grid" and the commissioning of numerous works of art produced under the 1% artistic incentive. The campus is dominated by an 85-metre high tower, the Zamansky Tower, a nod to the "historic" Sorbonne astronomy tower.

Promulgated after the events of May 68, the law on the orientation of higher education, known as the Faure law, granting more autonomy to institutions, resulted in the disappearance of the University de Paris as such and the break-up of its faculties. Thirteen universities were created, including Paris-Sorbonne University (Paris IV), specialising in literature, arts and humanities, and the University Pierre and Marie Curie (UPMC - Paris VI), specialising in science and medicine. The Faculté de médecine Pitié-Salpêtrière was officially created.

Since the early 2000s, Paris-Sorbonne and UPMC have been engaged in academic collaborations, which were strengthened in June 2010 when they joint together into a Pôle de recherche et d'enseignement supérieur (PRES) Sorbonne Universities, which became a Communauté d'Universitys et d'établissements (COMUE) in 2015. The selection of the "Sorbonne Universities in Paris for Education and Research" (SUPER) project as an Excellence Initiative (Idex) or an Idex in 2015 allowed the two universities to carry out many joint projects. Building on this common history, in 2015 the presidents of Paris Sorbonne and UPMC proposed to their communities the creation of a new unique, multidisciplinary and world-class university, Sorbonne University, which was created on January 1, 2018. 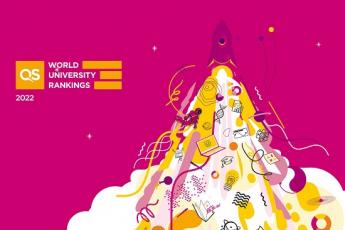 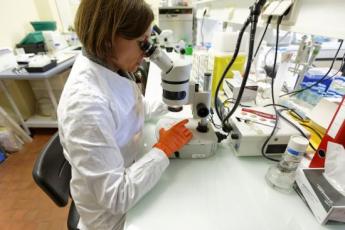