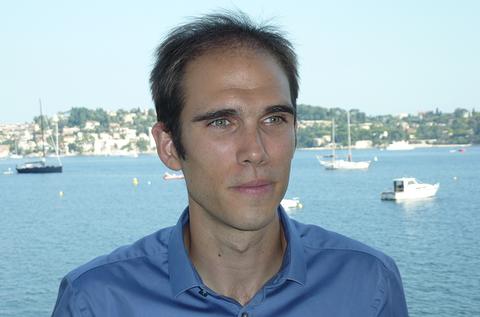 PhD in oceanography and co-founder of the startup company Inalve

You did a thesis on microalgae at the Laboratoire d'Océanographie de Villefranche-sur-Mer (LOV). Why that subject?

Hubert Bonnefond : After studying agronomy, I joined LOV as an engineer on a project to develop microalgae as biofuels. Tomorrow's energy being a current issue at the heart of my concerns, this project, which combined plant biology and agriculture, immediately fascinated me.

Antoine Sciandra, director of the LOV, then offered me the chance to continue my thesis at the laboratory, where I was able to work for three years on optimising the production of microalgae. The objective was to select the most productive and resistant strains for industrial cultivation in the biofuel, animal feed or cosmetics sectors.

During my thesis, I realised that technology transfer between laboratory and industry is not easy and that a lot of work remained to be done in this area. Even laboratories of excellence in applied science often do research which is far from the concerns of industry, which has commercialisation imperatives on short time-scales. There is a missing link between the two. This link most often corresponds to the startup, which bears the immense risk of technology transfer and makes it possible to show the applicability of what is produced by the academic world.

My multidisciplinary profile has allowed me to apply my skills to my convictions in order to validate this technological transfer. During the last term of my thesis I met Christophe Vasseur, who has an entrepreneurial spirit and a complementary nature of his career. With the two of us, combined with a breakthrough technology on microalgae culture from Sorbonne University and Inria led to the co-founding of a startup in 2015: Inalve.

Thanks to Inalve, we have validated technologies developed in the laboratory that have not yet been tested, showing their potential so that we can then industrialise them. This proof-of-concept stage is difficult: it is a real moral, financial and time commitment.

What are the objectives of your startup Inalve?

We know that the world's population is growing exponentially and that the need for protein is exploding. At present, however, farm animals, especially fish, are being fed fishmeal, meaning we have to produce more and more fishmeal and therefore catch more and more small fish in the open sea, which contributes to the depletion of marine resources.

Our idea is to replace this fishmeal with microalgae meal, which is very rich in quality proteins. In partnership with LOV and Inria, we have selected particularly productive and resistant strains of microalgae, also developing an innovative culture process in the form of a biofilm that allows us to easily harvest the microalgae and considerably reduce production costs. This innovation makes it possible to have an economically viable production system, which was not the case with conventional culture technologies.

To do this, we benefited from the scientific expertise of LOV and the technology transfer centre at Inria.

What is the next step in your plans?

With Inalve, we have won several awards, including the global innovation competition in phases 1 and 2. These awards allowed us to finance the development of the production technology and to validate our proof of concept.

Now we have to change scale from a few square metres of cultivation to one hectare. To finance the rollout of this new technology at an industrial level, we are finalising a fund-raising campaign and hope to go from a team of two people to around ten in 2019.

Also, while our dream is to position ourselves on the animal nutrition market to meet the announced shortage of proteins, our first market is in oyster farming and animal health. Today, too many antibiotics are used in animal husbandry. Microalgae, rich in good molecules for health such as omega 3 or certain complex sugars, are a very interesting alternative to reduce the doses of antibiotics.

What advice would you give to a student who wants to launch a startup?

The creation of a start-up is an amazing adventure where you learn a lot and which is more like a marathon than a sprint. To carry out this long-term work, you need to surround oneself with the right people because the human aspect is essential. Among other things, you have to work with people who have complementary skills.

Moreover, the status of student-entrepreneur is an asset that allows you to benefit from a range of grants. However, the idea that young people lack experience is still widespread in France, so we must therefore be assertive in our project to show that, despite our tender age, we can succeed.