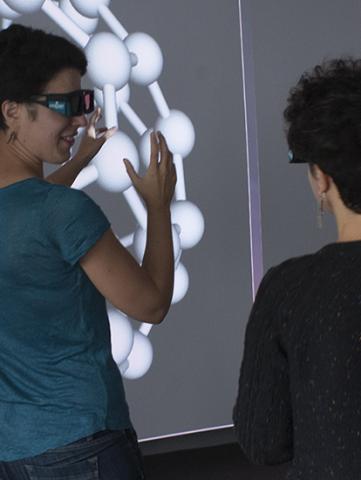 Taking a Broader View: Our Institutes and Initiatives

With its institutes and initiatives, the Sorbonne University Alliance makes major societal issues a source of innovation, creation and transformation. 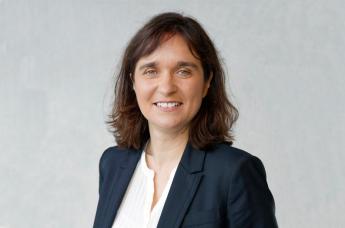 Nathalie Drach-Temam, Vice President for Research, Innovation and Open Science, presents these transversal groups, which give the scientific community the opportunity to compare knowledge and experience around a shared theme.

Since 2015, the Sorbonne University Alliance set up institutes and initiatives. What are they about more precisely?

Nathalie Drach-Temam: They are interdisciplinary communities gathered around a shared theme, open to all colleagues of the Sorbonne University Alliance.

By relying on the Alliance's research and education structures, they strengthen the connections between research, education and transfer to society (dissemination of knowledge and innovation) all related to the same theme.

In this way, they create new synergies and bring out innovative projects to respond to major societal challenges, in addition to what research already achieves.

What is their purpose?

N. D.-T.: Their mission is to promote new scientific approaches through the diversity and complementary nature of specialized fields in each institution of the Sorbonne University Alliance.

We encourage a systemic approach that enables the integration of other methodologies and ways of thinking, and initiates innovative themes which benefit existing research and educational structures.
These interdisciplinary approaches also rely on associative, cultural and socio-economic partners to reinforce international openness.

How were these institutes and initiatives set up, the latest of which was created in 2020?

N. D.-T.: In 2015, we created the Institute of Environmental Transition, the University Institute of Health Engineering, the Heritage Observatory, the Collegium Musicae and the Institute of Computational and Data Sciences, based on calls for convergence programs and discussions with colleagues.

Four years later, we created the Center for Artificial Intelligence (SCAI), joined in 2020 by the Institute of Materials Science, the Center for Quantum Information and the Sea Institute. This impetus also gave rise to a dozen initiatives whose themes extend to biology, theater, health economics, gender, bio-medical humanities, mastering safe and sustainable technological systems, the physics of the infinite, the sciences of antiquity, molecular sciences and engineering, and biodiversity, evolution, ecology and society.

The aim was to support projects led by interdisciplinary communities. We chose to capitalize on the work of colleagues rather than launch yet another call for projects. Some of the projects of institutes and initiatives have come from former Labexes. Among the 15 new ones, ten were candidates for the EUR (University Research Schools) calls for projects; three were pre-existing, supported by the institutions, and two new scientific projects have started.

What is the difference between an institute and an initiative?

N. D.-T.: Institutes carry out projects that have critical mass, involving several members of the Sorbonne University Alliance. Initiatives can foster the creation of a community within a single institution or faculty. Both are agile and dynamic entities. Their disciplinary perimeter is not determined a priori: everyone is eligible for them as long as they are interested in the subject they address.

In terms of mode of operation, how do they fit into the university landscape?

As for their governance, we wanted it to be light. It is based on a scientific director (possibly supported by deputies or a management team), a strategic orientation council made up of external scientific representatives, and a council of stakeholder structures (research units, academic structures and departments) that informs all those involved in the activities and perspectives of the institutes and initiatives.

What support do the institutes and initiatives have to achieve their objectives?

N. D.-T.: We have devoted an annual budget of 11.3 million euros to them. This year, 54 doctoral contracts were awarded following a single call for projects open to the entire Sorbonne University Alliance community.

We have chosen to allocate a 4-year budget, until the end of 2023, in a multi-year vision without defining distribution, but leaving the colleagues to manage these funds dynamically. Like all structures, these institutes and initiatives will be evaluated at the end of the 2019-2023 contract.