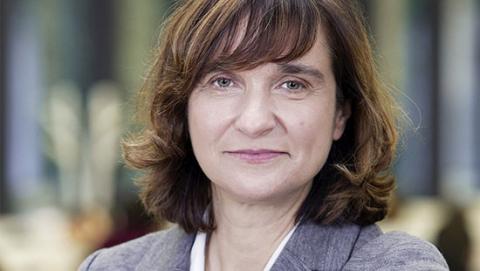 Nathalie Drach-Temam was elected president of Sorbonne University by the University's new Management Board, on Monday 14 December 2021.

On Thursday, December 16, the management boards of the Faculty of Arts and Humanities and the Faculty of Science and Engineering will meet to elect their respective deans. The presidential team will be completed shortly by the vice presidents elected in January 2022.

With a background in mathematics, Nathalie Drach-Temam has been a professor in computer science since 2004 at UPMC and then Sorbonne University following the merger. She previously taught and conducted research activities at the University of Rennes 1, the University of Paris-Sud and at Inria. Her area of expertise concerns the design of processors, the brains of any digital system, taking into account both hardware and software dimensions.

She created and led the ALSOC team (Architecture and Software for Systems on Chip) of the Paris 6 Computer Science Laboratory (LIP6 – managed by Sorbonne University and the CNRS) from 2006 to 2011. She also created and was in charge of the Master’s in Computer Science specialty ACSI (Architecture and Design of Integrated Systems) from 2005 to 2009. She has led numerous national and international academic and industrial projects and is currently a member of European and national networks of excellence and experts.