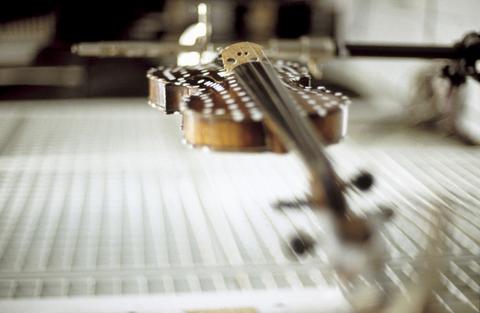 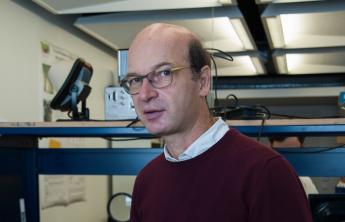 Acoustics Professor at Sorbonne University, Benoît Fabre directs the Collegium Musicæ, a multidisciplinary institute that brings together musicians, researchers and academic researchers around the creation, research, conservation and practice of music.

How was Collegium Musicæ established?

Benoît Fabre: Within the Sorbonne University Alliance, several communities study music with different approaches: acousticians, musicologists, computer scientists, ethnomusicologists, instrumentalists, and others. Founded in 2015, the Collegium Musicæ was built from the many informal exchanges between these communities who are interested in similar research objects with different methods and points of view.

The multidisciplinary principle is at the heart of the institutes of the Sorbonne University Alliance. How is it applied in your institution?

B. F.: The Collegium Musicæ finances doctoral and postdoctoral contracts and supports numerous education and research projects. Rather than a simple pluridisciplinary approach, we favor a progressive co-construction centered on a common question, which is carried out by colleagues from different sectors.

The doctoral contracts that we finance therefore necessarily involve co-supervision between researchers from different laboratories or even different disciplines. This co-supervision is one of the best tools to promote in-depth exchanges because it enables doctoral students and their supervisors to compare their methods and cultures on the same subject for three years, as well as to adopt new ways of thinking and working.

We also organize multidisciplinary colloquia that bring together, for example, instrumentalists, instrument makers, musicologists, acousticians, and others. around musical instruments.

What are the challenges of Collegium Musicæ in terms of research?

B. F.: Following an initial phase during which nearly 70 projects, reflecting everyone's desires and curiosities, were developed at Collegium Musicæ, we have orchestrated our projects around five unifying programs. The first, in conjunction with the Sorbonne Center for Artificial Intelligence, deals with the uses of artificial intelligence in the field of musical improvisation, both from the point of view of analysis and from the point of view of interaction.

The second is interested in innovation in instrument making. In particular, we are working in partnership with the laboratory of the Musée de la Musique to reflect together on how instruments have been transformed over centuries. The third program area is concert venues. We work with geographers, sociologists, and historians to approach this theme from an architectural, acoustic, social, urban, economic, symbolic and political point of view.
The fourth, developed in collaboration with the University Institute for Health Engineering, concerns the relationship between music and medicine. It involves both studying the use of music for therapeutic purposes and the consequences of musical practice on the health of instrumentalists.

This year we also launched a music observatory with partners from the professional world (concert halls, radio, etc.) to reflect on changes in the modes of music consumption and, more broadly, the relationship between music and society.

B. F.: Based on the observation that a large number of doctoral candidates are conducting research on music within the Sorbonne University Alliance, we are working on setting up a multidisciplinary doctoral program in Music and Science.

We are also developing new modules within the double curriculum Science and Musicology that existed at the Collegium. In particular, we are involved in the teaching of "Acoustics and Violin Making", which is designed as an introduction to acoustics approached through instrument making.

What connections have you developed internationally?

B. F.: We have created the Collegium Musicæ international network, in partnership with a dozen institutions in the United States, Canada, Mexico, Chile, Portugal, Greece, the United Kingdom, among others, which have similar issues to ours.

Based on the observation that music has been, for centuries, a vector of exchange throughout Europe, we are also present on the European scene and in particular within the 4EU+ Alliance. The circulation of composers, musicians, ideas and instruments attests to a musical identity within the old continent. In this context, we are piloting, among others, a project around Frédéric Chopin with three universities of 4EU+ (Milan, Warsaw and Heidelberg).

What impact do Collegium Musicæ's projects have on society?

B. F.: Music is the most widespread artistic practice in France. The connection between music and society is therefore direct, as many of our projects show. Let's mention, for example, the participatory science project BiblioJazz, which allows all jazz enthusiasts to bring their knowledge, references or contributions to a platform dedicated to this musical genre.

We have also developed, within the Collegium, the OCEN project (Orchestre et chœur électro-numériques). This project is a real outreach tool for Sorbonne University and will allow music lovers with no prior musical training to go beyond the barrier of instrumental technique and directly access practice, creation and improvisation thanks to electro-digital interfaces. These new tools for musical creation are already deployed in the student community of Sorbonne University and in several schools in the Paris region.