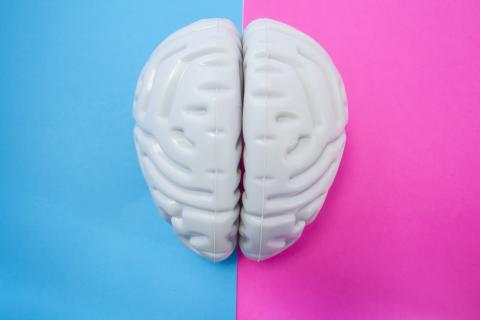 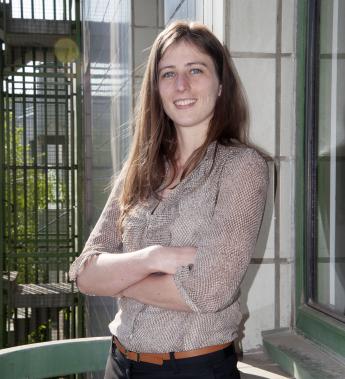 "Women are not as good as men at math," "Men are single-tasked”…
These sexist clichés persist today. On this year’s International Women's Day, with the help of Marie Lacroix, we’re deconstructing the belief that cognitive performance is inherently different between the sexes.

As an alumna of Sorbonne University and co-founder of Cog'X, this neuroscientist develops, among other things, support programs on inclusion and diversity using the cognitive science approach. Today, she’s taking part in a round of ‘True or False.’

True or false: there are differences between men's and women's brains.

Marie Lacroix: True. We observe differences, but these differences do not in any way prefigure the cognitive performance of each sex. Some brain regions are on average larger in women than in men, and vice versa. Men's overall brain volume is larger than that of women. Grey matter is, on average, denser in women. Development and neuropathological characteristics may also differ according to sex, such as Alzheimer's disease, stroke, multiple sclerosis and autism.

But these differences, on average, are not typical of either sex. Whether we are genetically XX or XY, the architecture of our brain remains above all similar. Our brain is a kind of mosaic: for each brain region, an individual presents a variable degree of characteristics found more in women or men (such as connectivity or grey-matter density). This translates into a great diversity in terms of brain structure even within a same-sex population.

Cognitive and intellectual performances differ significantly between men and women.

M. L.: Contrary to what early neuroscientists once thought, an important structural difference between the sexes, such as brain volume, does not explain cognitive abilities: IQ (intelligence quotient) or general intelligence scores do not depend on sex (except for a few details, which are not necessarily in favor of men).

Moreover, if certain differences in behaviour appear early enough in childhood, we should not infer natural predispositions for this or that activity. For example, from their first months of life, girls spend on average more time than boys observing faces presented to them, and young boys do better in tests of spatial rotation of an object (for example, recognizing an object after a 3D rotation) than girls of the same age. But beware: these results are not generalized in similar tests (for example, bending an object in 2D) and even less to a field of expertise such as engineering.

Differences in the brain between men and women are primarily biological in origin.

M. L.: False. Today we consider that the way our brain develops and its sexual differentiation is based both on our genetics (the expression of the genes of our sex chromosomes XX, XY), the influence of sex hormones at different stages of life, and the impact of the environment, which is potentially very different for girls and boys. In constant interaction, these three factors are at the origin of sex-influenced differences in the brain.

Thanks to brain plasticity, our life experiences and environment have a major impact on the development of our brain and our abilities. For scientists, it is therefore difficult to know whether the differences in performance sometimes observed between women and men in certain tests or situations exist innately or are due to the gendered construction of the individual.
A structural brain difference between the sexes does not imply differences in cognitive abilities.

On average, education still varies a great deal today according to gender.

M. L.: True. An education bias exists. Risk taking, for example, is more accepted for boys. On average, they are allowed venture further from their homes quite early in childhood. Conversely, caregiving skills are encouraged among girls, whereas only 35% of people, according to a 2011 survey, would accept their little boy’s request for a doll to play with.

The brains of girls or boys obviously have no particular predisposition for DIY or cooking: it is the positive and repeated experiences they will have over the course of their lives that will determine the development of certain abilities, with education being the major factor in the development of skills.

M. L.: True. Many trials in experimental psychology have highlighted a mechanism called the "threat of stereotyping". This mechanism can block the expression of real skills on a test and make individual performance differences appear where they are not intrinsically present. For example, in a 2007 study, cognition specialist Sian Beilock administered a math test to two groups of girls. Halfway through the test, she explained to the first group that the goal of the experiment was to understand why women were worse than men on this type of task, even though boys and girls performed similarly on the test. To the other group, she said that it was a problem-solving test. As a result, the performance of the first group crumbled, while that of the second group remained the same.

The threat of stereotyping acted as a preoccupation that used up mental space that could no longer be invested in the task at hand. Even worse, this threat can limit the potential of one’s education in various skills.
Unfortunately, naturalist and gender stereotyping prejudices are still persistent since, according to the same survey, 30% of French people still think that boys are naturally better in math and science, and girls in humanities.

It is important to have role models to fight against discrimination.

M. L.: True. In order to be able to project oneself into a profession or a situation, one must have role models to look up to. This is why the representation of women in important positions or in scientific professions can encourage young girls to invest in the development of certain aptitudes and academic fields.

For example, one study1 showed that the higher the rate of women working in public research and holding parliamentary positions in a country, the more girls in that country reported having confidence in their mathematical abilities. They valued this subject and were therefore motivated to emulate it.
The representation of women in all types of professions would therefore help to combat stereotypes and create a more gender-equal society.