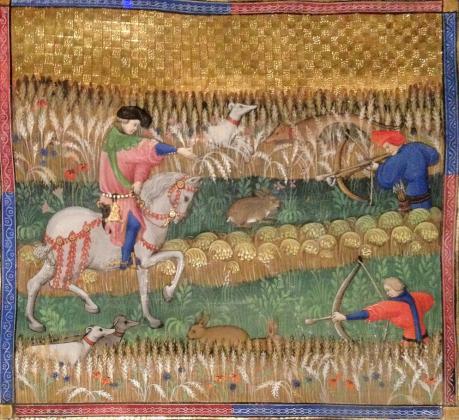 EHNE: the Digital March of History

A digital encyclopedia developed at Sorbonne University is making university history accessible to everyone: this is the challenge, and artificial intelligence (AI) will soon play a role.

In 2012, the Laboratory of Excellence (LabEx) project "Writing a New History of Europe" (EHNE), led by Paris-Sorbonne (now Sorbonne University), began with a budget of 6 million euros as part of the Investments for the Future scheme. Under the direction of Eric Bussière, professor at the former University of Paris-Sorbonne, it was organized into seven teams, six in Paris and one in Nantes—the Research Center for International and Atlantic History. When it was launched in 2013, one of its objectives was to create an online encyclopedia, which took the name of the LabEx and was based on the work of each of the seven teams. This task was carried out by the researchers and doctoral candidates until the end of the LabEx in 2020.

At that time, the EHNE offered just over 200 academic texts, translated into English, and had some 500 visitors per day. "At the time, it was considered an important tool, but one like any other LabEx," explains Olivier Dard, who led the team focused on the political history of Europe before taking over the project's direction when Éric Bussière retired, shortly before the LabEx ended. The new director then chose to focus the remaining funds on the digital encyclopedia by grafting it onto the Intercultural Europe Initiative (see below) and by betting on the potential of the young European 4EU+ Alliance, which Sorbonne University helped create in 2017.

The first decision taken was to change the name of the project... well, not quite: EHNE now stands for Encyclopedia of Digital History of Europe. A digital history or digitalized history?

"The encyclopedia is digital, since it is online, but we also propose a reflection on digital humanities," explains Mathieu Marly. We intend to promote both meanings of the term. " The initial objective remains the same: to disseminate academic knowledge in history. New themes have been added, such as the environment and teaching, and experts in pedagogy and communication have been called upon to make it a major tool unique in history. In two years, the number of texts multiplied by two and the number of visitors by six. The interest grew and with it the proposals for articles on fundamental social issues, including gender, decolonization, transhumanism and more.

The public has been visiting the site - "high school teachers, first and second year history students," says Mathieu Marly, "and curious people interested in very specific themes." Search engine referencing and editorial work are also carefully thought out, so that EHNE's records appear in the first hits on many subjects. The team has even managed to define a model, rather uniquely, between Wikipedia, for free access and short format content, and on expertise platforms, such as numerous scientific reviews of online history. But to reach an even wider audience, they rely on the editorial know-how of online media: The Conversation and Retronews. Some of EHNE's texts resonate with current events, such as the black slave trade, which has seen an explosion of hits following the George Floyd case. “A community manager helps us on social networks in our efforts to find new audiences," adds Olivier Dard. “Perhaps we should also play more on the logic of event anniversaries. Or we should focus on the phenomenon of fake news.”

History in the Future

According to the two researchers, AI can renew and enrich history, and Sorbonne University is one of the leading European universities on the subject with its computer science laboratory Lip6. Through automated recognition of the elements of a photograph, AI would allow historians to classify the hundreds of thousands of pictures from the Lycée Colbert collection by theme or period, according to faces, objects or even landscapes, freeing themselves from existing classifications. "It will even be able to analyze the frequency of use of a photo in a press photo library," concludes Mathieu Marly.

In 2020, as LabEx EHNE reaches the end of its contract, the question of its continuation arises. The 4EU+ Alliance created in 2017 by Sorbonne University and five European universities is an ideal framework to promote a project on European history. Thus, the IIE was born, also supported by the encyclopedia, as an extension of the LabEx. It takes up its missions by adding digital innovation and the dissemination of knowledge on a larger scale through events based on this common history.