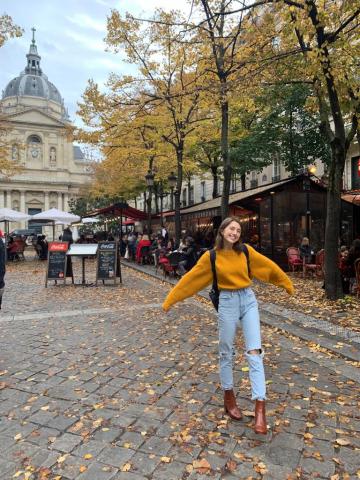 A Day in the Life of a Sorbonne University Exchange Student: Miranda Yeomans

Miranda Yeomans, an undergraduate student at one of our partner institutions, Indiana University, tells us about her experience as an exchange student at Sorbonne University.

What are you studying in Indiana, and what classes did you take during your time at Sorbonne University?

I am majoring in political science and minoring in French and Chemistry. As Sorbonne University doesn’t have a department of political science strictly speaking, I’m taking two classes of political philosophy (Sovereignty and Liberty and The Enigma of Democracy) and two of French political history (History of the Extreme Right and History of the French Military). For French, I’m taking one French literature class (Writing and Thinking about Fiction) and one class of general French language.

In your experience, what’s the biggest difference between the education style in the US and France?

I would say the biggest difference is in the nature of time spent in class and out of class. In the US, we are used to having at least two lectures a week and often a discussion session per class, which means spending more time in class and learning the core of the information there. Here, it seems to me that the norm is one lecture and one discussion section per class, so the expectation is that the students do a lot of learning on their own outside of class.

One major highlight and one major challenge?

In a sense, one major highlight is the fact that the students are left to their own devices more to learn the course content because I found that, particularly for my philosophy courses, it invites a new degree of personal reflection and intellectual pursuit. Aside from the obvious challenge of the language in general, the fact that most professors don’t use a PowerPoint to support their lectures means that everything comes down to oral comprehension. In that case, it’s often harder to keep up with the lecture especially if the professor has a certain way of speaking that makes it more difficult to understand.

Take us through a typical day at Sorbonne University.

A typical day would be starting work by 8am, either with a class or with individual reading, reviewing, or working on projects. I usually take a break for lunch at 12pm with friends at the Café CROUS, after which I have either courses or more work until around 6pm. Afterwards, I will either go home for dinner and a bit more studying or go out and get a drink with friends. If I make it to cultural events and “things to do” in Paris, it’s on the weekends, though I often have to work at least half of the day as well.

What advice would you give to other students interested in studying abroad at Sorbonne University?

Don’t be scared by the administration! It was complicated for me to find classes and register for them, especially because I’m taking classes in several departments, and it was quite intimidating to present myself to each secretary and try to coordinate with all the administrators involved. (I would stick to one department if you can…)
Also, don’t hesitate to reach out to the French students! I made my closest friends by asking fellow students for notes.

Living in Paris is both exciting and exhausting, both expensive and often student friendly. The rhythm of the city, with its noise and level of constant stimulation, is fun and enjoyable, but I often have the impression that living here is not really sustainable. The prices in Paris for everything, particularly food, are simply high. However, many museums are completely free for students and there are often student discounts to be found for movies, expositions, concerts, etc. In the end, Paris never fails to provide something new to do and see, the question is just if you have the time, money, and energy left to take advantage of it. 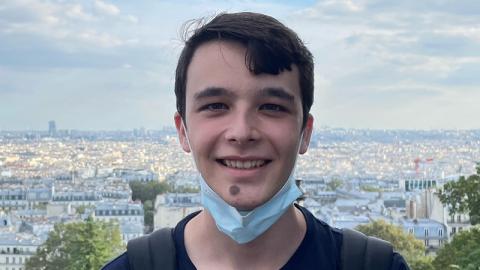 A Day in the Life of a Sorbonne University Exchange Student: Nicolo Lovinello 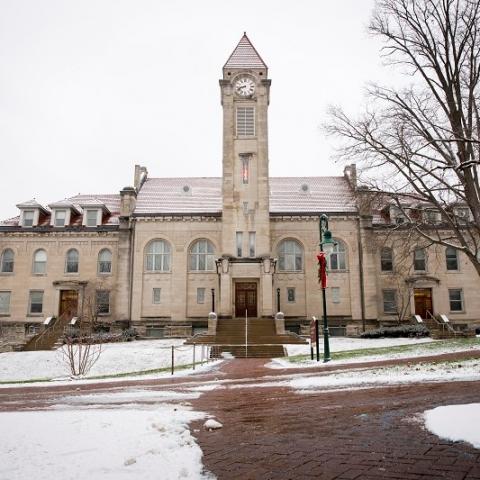 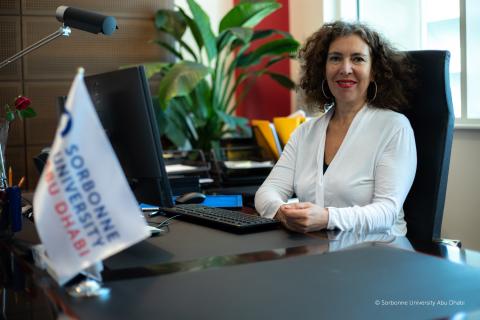