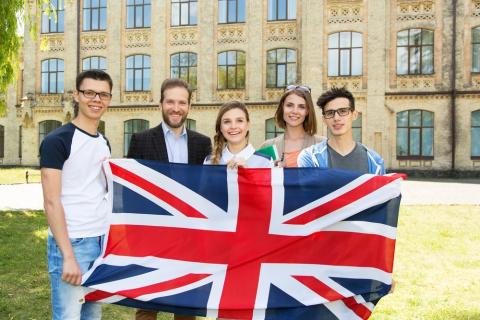 An interview with Serge Fdida, Vice President of International Development at Sorbonne University, and Minh-Hà Pham, Counselor for Science and Technology at the French Embassy in London. 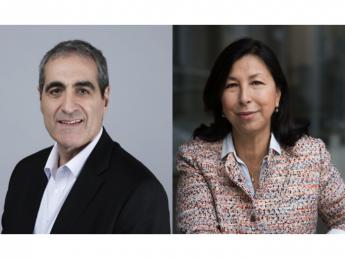 Formally enacted on February 1, 2020, the United Kingdom’s departure from the European Union has had a direct impact on French universities. Student mobility and scientific cooperation are at the heart of discussions provoked by the event. Serge Fdida, Vice President of International Development at Sorbonne University, and Minh-Hà Pham, Counselor for Science and Technology at the French Embassy in London, shed light on the consequences of Brexit for both the French and British academic world.

What does Brexit change for members of the French academic community who wish to move to the UK?

Minh-Hà Pham: Following Brexit, the United Kingdom has chosen to leave the Erasmus program, which allows students to spend part of their studies in a partner European university. Though the British were welcoming 10,000 French students each year, they chose to extend their Turing mobility scheme. Initially focused on Asia, this program finances, to the tune of 110 million pounds, the travel of British students all over the world, but it does not provide for reciprocity. With the end of Erasmus in the UK, European students will no longer benefit from reduced registration fees and will have to pay between £10,000 and £25,000 to register in a British university. Not to mention that they will no longer be able to access loans.

Although students already enrolled in the Erasmus program should not be concerned this year, others will face new administrative problems. If they plan to stay longer than four months on British soil, they will need a visa. This should be fairly easy to obtain when they register at university, but it will come at a cost.

For researchers and teachers who plan to work in a British university, they will be able to benefit from a one-year academic visa. Beyond that, the procedure will become more complicated. As for student interns, there is still a legal vacuum because there is no equivalent status in the UK.
It should be noted that Wales wishes to continue to facilitate the reception of European students through bilateral mobility. Northern Ireland has also negotiated with the Republic of Ireland to continue to benefit from the Erasmus program.

Conversely, what are the changes for British students hoping to come to France?

Minh-Hà Pham: Every year, about 4000 British students come to study in France. With Brexit, these students will now have to go through the "Etudes en France" platform managed by the Ministry of Foreign Affairs. They will be issued a visa after their file is examined. This procedure, which is still free this year, will become a paid process in 2022.
Moreover, while the Turing mobility program will help 35,000 British students head overseas, there are no plans to encourage them to go to Europe rather than the United States or Asia.

What are the consequences of Brexit for European and British research?

Minh-Hà Pham: For the past four years, the representation of British research teams in European projects has significantly decreased in the context of Brexit. After negotiation with the European Commission, however, the UK will remain in the Horizon Europe program with the status of an associated country.
This status affords the United Kingdom a level of participation almost identical to that of other members. A notable difference, however, is the exclusion of certain research programs, particularly those related to security and defense. The European Commission recently declared that it would not authorize the United Kingdom, like Switzerland and Israel, to participate in quantum research programs for reasons of economic and industrial competition.

Some European countries, such as Germany have already indicated that they will oppose this decision. For the moment, nothing has been decided. We are waiting for the situation to stabilize so that a memorandum of understanding can finally be signed.

Serge Fdida: This possible exclusion of the United Kingdom from certain fields of research is problematic: the British contribute greatly to the advancement of knowledge and, without them, Europe would lose part of its strength. Today, commitments that were made prior to Brexit are still blocked. We find ourselves with projects in which the British partners are no longer financed, even though a large part of these projects were to be carried out on their soil.
If Europe and the United Kingdom do not quickly agree on how to propose a framework for funding joint projects, we risk seeing our British colleagues turn more towards America, Asia and the Commonwealth.

In 2020/2021, the relationship between Sorbonne University and the United Kingdom is made up of:

Minh-Hà Pham: Although we have seen a small wave of departures in 2019, there has not been the ‘brain drain’ that some predicted. With the ability to find funds (via tuition fees, foundations, private contracts...), universities quickly set up a compensation system to continue to welcome (and in excellent conditions) very good foreign researchers.

How can collaboration between the United Kingdom and France continue, both in terms of research and student mobility?

Serge Fdida: The UK is one of France's closest partners. Many Sorbonne University students go to the UK every year and will want to continue to do so. With several of our British partners, we began to revise our cooperation agreements in advance of Brexit in order to iron out the difficulties related to tuition fees and visas that we had envisaged.
On the research front, we are letting our communities, who are on the front lines, decide who they want to work with. But it is likely that Brexit will unfortunately lead to a decrease in cooperation with the British, at least initially. That is why we are looking forward to the signing of cooperation agreements.

Minh-Hà Pham: We have proposed, within the French Ministry of Foreign Affairs, to set up bilateral mobility programs between French and British university communities. Although nothing has been decided yet, we would like to develop short-term research mobility programs open to all, starting at the undergraduate level, in the form of research internships, summer schools, etc.
To avoid the multiplication of agreements between partners, I have also suggested launching a pilot project based on two networks that bring together major research universities: the British Russell Group and the French U10. But these are still only proposals.