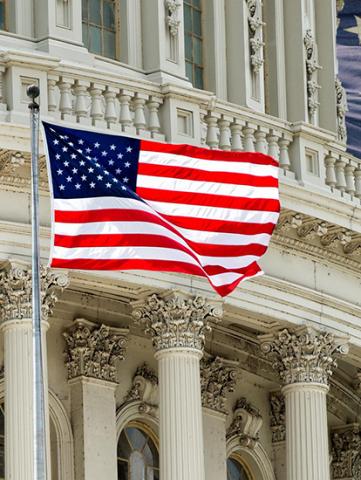 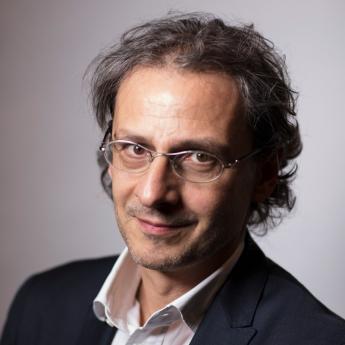 As Joe Biden's inauguration ceremony takes place under exceptional conditions, philosopher Pierre-Henri Tavoillot questions the legacy of the 45th President of the United States in regards to American democracy, and explains the challenges of restoring confidence in governance.

Despite the invasion of Capitol Hill on January 6 by pro-Trump protesters, American institutions held firm. Is it naïve to think that democracy has finally won?

Pierre-Henri Tavoillot: There was no revolution or coup d'état. The constitutional process of validating the election results was delayed, but it was not stopped. Having said that, American democracy was wounded by this episode. Two pillars of the regime were shaken: that of a power "authorized" by elections, and the transition of power at the appointed time. Donald Trump's refusal to admit defeat undermines these two essential elements of democratic life. On the one hand, as in a vulgar dictatorship, he refuses alternating power; on the other, he aggravates the distrust of citizens in their electoral system. The wound is therefore deep.

Distrust of power and institutions has not come from outside, but from the very top of the American state. What does this imply?

P.-H. T: Trump's campaign slogan was Make America Great Again. But he was responsible for a weakening of the United States. From the outside, Chinese leaders, for example, have pointed out that liberal democracies do exactly what they criticize China for doing: calling in the police when Hong Kong's parliament is invaded or blocking the internet accounts of activists who are enemies of the regime! On the inside, too, Trump has succeeded in carrying out the plan of America's enemies to undermine voter confidence in the U.S. electoral system. This was the explicit goal of the cyber attacks in the previous American election, as brilliantly demonstrated by Alex Stamos, who resigned as head of Facebook security in 2016.

You’ve worked on the notion of people. Is there still, in your opinion, an “American people”?

P.-H. T: The notion of people in a democracy is an enigma as formidable as it is indispensable to solve. As soon as you try to give it a face, you risk losing it by producing more division than unity. I propose to define it not as a substance (always untraceable and questionable), but as a method. There is a people in a democracy, when there are elections, deliberations, decisions, and accountability at the appointed time. If just one of these stages is missing, the people disappear and with it the collective capacity to act. Hence the seriousness of the American situation.
Certainly, the common ground remains: the sanctity of the Constitution and the Messianism of the American dream. But the democratic method is being called into question, aggravated by profound demographic changes. Are there the seeds of a civil war? Biden's mandate will be decisive depending on whether he chooses the path of "restoration" or "reconciliation". We find here the abysmal mystery of this American history in which violent tensions and a powerful capacity for integration have long coexisted: how was this nation able to renew ties after the abominable Civil War?

The Internet was long considered the new agora of democracy. Today, social networks can be used as a populist instrument. How do you view these new information technologies?

P.-H. T.: Originally, the internet project was libertarian: to create the conditions for a self-managed network without a central body. With the Web and then social networks, we were told that an agora would be born where everyone could debate and decide in real time. The disappointment has been great! The disenchantment of the internet and "civic tech" proves that the democratic public space is fragile, something we cannot safely leave open to the four winds. But with what regulation? The notion of national interest is coming back in force to counteract deregulation that has become uncontrollable. The closure of Trump's official account is a glaring problem, since from a strictly legal point of view a private company now has the right to silence a democratically elected president. The issue of the editorial responsibility of social network leaders must be resolved as soon as possible.

More generally, what is democracy suffering from in the United States and France?

P.-H. T.: The word of the day is populism! Which we often tend to confuse with fascism. That is, I think, a mistake, because fascism is anti-democratic, while populism is hyper-democratic. One denounces democracy in the name of original purity; the other criticizes its broken promises. Basically, populism challenges liberal democracy so that it does not forget the effectiveness of power and of the people, at least the most popular part of the people. There are two pitfalls: on the one hand, the crisis of representation, which consists of saying that the people are not well enough represented (the "demos" are lacking) and, on the other hand, public impotence (power - cratos - is inefficient).
In France, we often look for solutions on the side of demos, of "participation" (citizens' convention, drawing lots...), whereas the solutions seem to me to be more on the side of cratos, of the efficiency of this power that we so love to hate. Liberalism was built on the idea that it was necessary to limit power to avoid its abuse; it seems to me that today we need to regain the power to act in order to avoid fragmenting political responsibility and diluting the effectiveness of collective action in ideologies and particular interests.

How then can authority and confidence in democracy be restored?

P.-H. T.: Authority must regain confidence in itself because, as Raymond Aron said, no one obeys anyone who does not believe in his or her right to govern. It is true that authority no longer falls from the sky, as it once did, but it has not disappeared: it is now found in the quality of the service rendered. As for trust, if it were total, there would be no need for politics. The real challenge is to create the conditions for reasonable mistrust (I trust with caution) that does not drift into distrust (I do not trust at all). This shows that the great challenge is that of the enlightened public space, but it seems to me that we have collectively become aware of the urgency of taming the disastrous savagery of social networks. This is a first step...

Considering the title of your latest book, what is "the moral of this story"*?

P.-H. T.: The art of governing in a democracy is a difficult exercise that requires taking into account sometimes contradictory injunctions in order to reach collective decisions. It therefore requires not only elected representatives, but also an adult people, capable of compromise, negotiation and taking constraints into account.
What the current political crisis in the United States teaches us, therefore, is also the need for the educational challenge of democracy: that of educating enlightened citizens, aware of the complexity inherent in this regime and capable of exercising a critical mind both on political decisions and the world and on their own actions. A political decision is never a choice between good and bad, but between bad and worse.