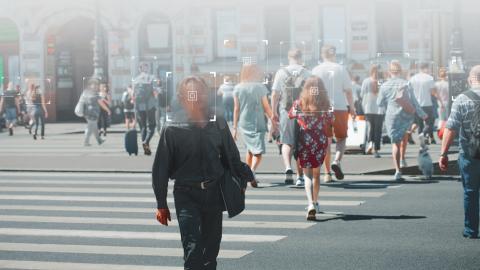 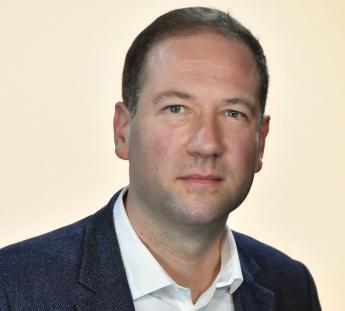 In Asia, the United States, Europe, and all over the world, new surveillance devices are being deployed to enrich the various sectors of our lives. While it has not been widely studied in France, the notion of "surveillance" is increasingly present in the media and in our daily lives. In his book Les Théories de la surveillance1, Olivier Aïm analyzes this complex phenomenon, which has now become a fully-fledged multidisciplinary research subject at the heart of our society.

How have new technologies changed the nature of surveillance in recent decades?

Olivier Aïm: There have always been surveillance and espionage techniques. But the advent of new technologies and the increase in the number of devices (such as cameras, drones, connected meters, and RFID chips) changed the situation at the end of the 20th century. With the digitization of data into databases, and then their "algorithmization" into profiles, the nature of this surveillance has changed. It has become more widespread but less visible.

This new surveillance, which computer scientist Roger Clarke  calls "dataveillance", no longer concerns only individuals on the margins of society, but ordinary people, too. It has infiltrated all areas of our daily lives (health, sport, politics, work, relationships, etc.), leading to the emergence of a real "surveillance culture".

O. A.: Since the 2000s, the notion of "sousveillance" (a French play on words for “under surveillance”) has been developed to demonstrate the fact that surveillance is no longer only undergone, but also acted upon and shared. For philosopher Michel Foucault, power belongs to those who have the ability to see without being seen, but also to make elements visible to society. With new technologies, the general population also has access to this power and can now, for example, spot weak signals, report them, and highlight facts.

Surveillance is no longer limited to a controlling power over a passive population, but also comes from below: "let's be vigilant together" is a reminder in the subways. In the professional world, open spaces invite employees to enter into a game of "inter-surveillance," more or less consciously. The "vigilant neighbors" movement, the injunction for transparency in politics, citizen journalism that verifies published information, the call of the President of the Republic for a "society of vigilance" are all examples of this incitement to participatory surveillance.

“Under-surveillance" can also take on a logic of counter-surveillance, as shown by the conflict of images about police practices, the revelation of social or political scandals, or the banishment of certain individuals from digital public spaces.

Does the current pandemic mark a new turning point in the history of surveillance?

O. A.: The history of surveillance is intimately linked to the history of epidemics, which require controlling the spread of a virus in a population, and to do so, managing movements, bodies and contacts. With the current pandemic, governments around the world have combined archaic forms of population management (such as quarantine, confinement, border closures) with more technological forms of surveillance (drones, thermal cameras, facial recognition, or tracking applications).

In France, the CNIL2 innovation laboratory has been singling out these devices because of the potential dangers they pose to individual and collective liberties.
However, we must not panic, because surveillance is not necessarily negative and a liberticide: everyone is not monitored, traced, or manipulated. We must not fall into the trap of technology. We shouldn’t become technophobic.
We are not in an episode of Black Mirror. Tracing is not tracking.

In the name of certain benefits, such as security, aren’t we a little too willing to sacrifice privacy?

O. A.: We are caught in conflicting positions. There are dialectics between the desire to preserve our privacy and the desire for security, visibility, comfort, speed, and well-being. For example, to stay in shape, we are ready to use connected objects that monitor our body or scan what we eat. If we avoid some surveillance practices, others are consented to, even desired.

O. A.: The theory of the end of privacy is both a fear and an ideology: fear of being monitored in our privacy and at the same time an incentive to tell everyone everything about ourselves, to "play the transparency card," as in politics. GAFAMs have encouraged this process of self-publication by developing public spaces where everyone can express themselves. Today, it is difficult to resist the social and technological injunctions to share our information on social networks to socialize or find a job, for example. Especially for young people.

Nevertheless, the work of ethnologists of digital life shows that there is no abandonment of privacy. We have become aware of "surveillance," i.e. the fact that all our communications and actions are potentially watchable. This leads us to develop our e-reputation, to cultivate a "good image" of ourselves on social networks. We have entered an economy of personal visibility. Young people have learned to better manage the traces they leave in digital public spaces and to build an image of themselves adapted to an interconnected social world.

Can we expect to see a system similar to China's social credit system, which assigns a grade to each citizen based on his or her behavior, to arrive in Europe?

O. A.: The Chinese system is not the French system. We live in a democracy and are attached to the values of freedom. But the culture of surveillance and the habit of reading the world through screens, of monitoring, checking, scanning, scrolling, watching, and so on, already exists in the West. The taste and practices of rating (restaurants, accommodations, or services) are already training us to be actors of surveillance. Would we ourselves be ready to become the subjects of this rating, as is the case with Chinese social credit? I don't know. We are already subject to solvency calculations by banks and insurance companies. The passage from financial solvency to social or even moral solvency may not be so far away.