One Health, a Global Health Vision at the Heart of our Partnership with the University of Lomé

Last May, Sorbonne University and the University of Lomé joined forces to launch an education and research program dedicated to emerging infectious diseases. 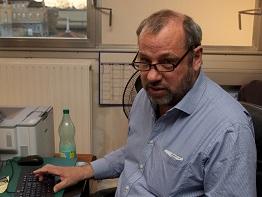 Renaud Piarroux, Professor of Parasitology and Mycology at Sorbonne University, is the co-leader of the project with his Togolese counterpart, Professor Didier Ekouevi, and talks about the "One Health" vision of this partnership.

What does the One Health concept promoted by the World Health Organization cover?

Renaud Piarroux: The concept has existed for many years, but with the issues of the pandemic, global warming, biodiversity, this integrated approach has become essential. The idea behind it is that human beings are not isolated from everything that is alive on Earth: our health is linked intimately to the health of animals and plants, and more globally to the health of the planet. We must therefore deal with all of these health issues in a transdisciplinary manner, without separating doctors, agronomists, veterinarians economists and geographers from each other.

What are its challenges?

R. P.: There are many issues at stake. Let's take the case of infectious diseases. There is a close link between the occurrence of these diseases and what happens in the environment, and in plant and animal kingdoms. For example, the spread of viral diseases transmitted by mosquitoes, such as dengue or chikungunya, is directly linked to the proliferation of mosquito vectors, which in turn depends on environmental pollution (presence of cans, plastic bags, etc., which may contain water in our peri-domestic environment). It is also linked to the trade in tires that travel by boat and bring with them the eggs of these mosquitoes. Examples like this are plentiful.

Another major issue is antibiotic resistance. On Earth, we all depend on each other, a health problem in one place can have consequences for the whole world. Take the example of the black market in antibiotics that exists in many poor countries. These counterfeit antibiotics are sold in under-dosed doses or in sub-optimal treatments and are the source of a selection of germs that become increasingly resistant. These germs will then spread to the rest of the world through travel. This problem is all the more serious as no new antibiotics are being created today to counter them.

At Sorbonne University, your research is part of this One Health approach on a daily basis, isn't it?

R. P.: As a professor of parasitology and mycology, looking at parasitic and fungal diseases in a global way is part of the DNA of my work. Within a given environment, parasites are constantly moving from one host to another. Malaria control can only be understood by taking into account the environment in which one gets the disease, the mosquitoes that live there and their behavior.

One of my missions is to identify parasites or fungi and to make the link with agronomy, veterinary medicine, human medicine, for example. With the "One Health" approach, the idea is also to involve geographers, entomologists, microbiologists, physicians, public health specialists, and others, in a transdisciplinary approach. For example, I work a lot on the epidemiology of cholera, which is a water-related disease, and I use tools from geography, ecology and sociology in my research.

Why set up a collaboration with the University of Lomé today?

R. P.: This initiative is the result of a reflection led by the Vice Presidency of International Development of Sorbonne University, to engage in a strategic partnership with a West African country on a theme covering major societal issues. It was built gradually within the international group of the Sorbonne University Alliance to lead to this proposal in early 2020. The "One Health" theme, just like the "One Earth" theme, centered on environmental transition, and "One Humanity", on populations, will contribute to forging the identity of Sorbonne University in the next ten years. In this context, it was interesting to develop a partnership with a university located in the intertropical zone that is familiar with the issue of emerging and infectious diseases.

With the University of Lomé in Togo, the aim will be to understand how epidemics emerge by considering health from a global perspective that concerns the environment, zoonoses (diseases of animals that can be transmitted to humans) and human diseases. Such a partnership will have a major impact, going far beyond the two universities.

What form will this collaboration take?

R. P.: We are in the process of defining the parameters. We plan to create education programs with the University of Lomé that are partly shared around the concepts of "one health" and "infectious emergence". This will be done in a necessarily multidisciplinary approach, on the scale of the three faculties of Sorbonne University, but also the Alliance with notably the collaboration of the National Museum of Natural History and Inserm.

The training will probably take the form of an inter-university diploma, with cross-participation in teaching, and in the longer term, a master's and doctoral program. The objective is to train future public health actors from the fields of medicine, science and literature. In particular, the University of Lomé aims to educate professionals who will be able to intervene in disease control, health administration, or carry out sampling campaigns and environmental analyses (mosquito capture, wastewater monitoring, identification of resistant bacteria, etc.).

On the research side, we already have several promising avenues of work that we could pursue jointly with the University of Lomé, such as malaria, Covid, multi-resistant bacteria and arboviroses (viruses transmitted by arthropods). We also plan to participate in the technological upgrading of the University of Lomé, which will facilitate the realization of a certain number of joint works.