Covid19 Vaccines: Towards a Return to Normal Life

Interview with Brigitte Autran, Professor Emeritus of Immunology, member of the Scientific Committee on Covid-19 vaccines. 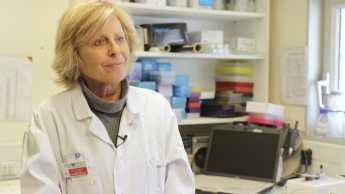 As the government accelerates the coronavirus vaccination campaign, Sorbonne University and the University of Paris are organizing a conference on the subject, to be held on January 29th. Brigitte Autran, Professor Emeritus of Immunology and member of the Covid-19 Scientific Committee on Vaccines, is at the helm of this initiative to provide an update on the vaccination strategy in France.

You are organizing a major conference on vaccination on January 29th which will be available to watch online. What is its objective?

Brigitte Autran: In a context of information overload where it is difficult, even for healthcare professionals, to distinguish what is true or false, universities have a major role to play in disseminating quality information and restoring rigorous thinking.
Stakeholders in this fight against Covid-19, Sorbonne University and the University of Paris include a number of experts who participate in the definition of recommendations and the vaccine strategy in France. It therefore felt important for us to give them a voice in order to provide solid information to the entire academic community, journalists and the general public.
Organized in the form of a webinar, this conference is also an opportunity to debate the questions raised by both specialists and a large part of the population.

What will be the main themes of this conference?

B. A.: The conference will be broken up into three sessions: the first will focus on available vaccines, the second on the vaccine strategy in France and the last on more societal issues. The presence of colleagues from the Faculty of Arts and Humanities at Sorbonne University and the Faculty of Law at the University of Paris will enable us to address the history of vaccine hesitation, the issue of the vaccine passport and freedom of movement, as well as that of communication in times of crisis.
Each session will begin with a brief presentation by leading experts followed by a debate on scientific and societal issues. A series of questions and answers with the public, via chat, will conclude these sessions.

Let’s talk the Pfizer-BioNTech, Moderna and AstraZeneca vaccines. What are the strong points of these new-generation vaccines?

B. A.: The AstraZeneca/Oxford viral vector vaccine has the advantage of being inexpensive and can be stored in the refrigerator, unlike the vaccines of Moderna and Pfizer/BioNTech, which can only be stored at very low temperatures.

These novel vaccines are based on thirty years of extremely rigorous research into the therapeutic use of messenger RNA. This vaccine technology has been developed for several years in other applications, for example, against influenza or the Zika virus. Tested in early human clinical trials, this type of vaccine did not reach the efficacy phases simply because we did not have the pressure that this epidemic is generating today. The fight against Covid-19 was the opportunity to demonstrate for the first time the impressive efficacy of these vaccines.
The other advantage of these innovative messenger RNA technologies is that the vaccine can be very easily modified to adapt it to a new variant. Even if it would then have to be validated by regulatory agencies, we would progress much faster than with conventional vaccines.

What is the difference between the immunity induced by Sars-Cov2 contamination and that provided by vaccines?

B. A.: We believe that immunity induced by vaccines will be stronger and more durable than that induced by infection. After the first vaccine injection, we already obtain 50% protection and almost 95% seven days after the second. Natural immunity, on the other hand, is more random because it varies according to the severity of the disease and the presence or absence of symptoms. Eventually, herd immunity will be obtained through both immunity acquired by infected individuals and immunity acquired by vaccines.

What is the objective of the vaccination strategy adopted by the government?

B. A.: Even before obtaining collective immunity, the aim of vaccination is first to allow individual protection against serious forms. The urgency is not to vaccinate the entire population within six months, but to enable society to get back on its feet and quickly return to normal life.
This is why, in all European countries, the strategy consists of giving priority to vaccinating three populations that represent about 20 to 25% of the general population: the elderly, younger subjects with risk factors and health care workers.
The fact of starting by protecting these populations, we are directly fighting against overcrowding in hospitals and intensive care units, which will gradually reduce the risk of having to block society and the economy.

Have the French today regained confidence in vaccination?

B. A.: Vaccine hesitation should not be confused with anti-vaccine movements. The latter, which represent only 5 to 6% of the population, are against vaccination as a matter of principle and resistant to any rational argument. This is not the case for the majority of French people. Hesitation is not rejection. Faced with the importance and seriousness of this health crisis, the vast majority of the population is realizing that vaccines are effective, well tolerated and therefore do wish to be vaccinated.

Watch the conference (in French.)