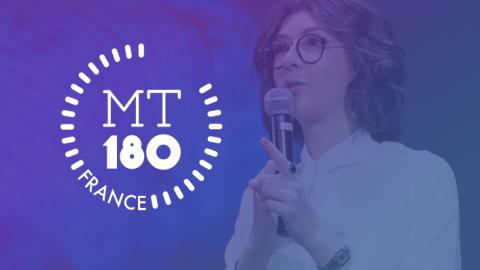 Competition: My Thesis in 180 seconds

Are you a doctoral candidate and want to make your research subject known beyond the confines of your laboratory and the academic sphere? The competition, "My Thesis in 180 seconds", is for you! In three minutes, and not one second more, you will be asked to make a clear, concise and yet convincing presentation of your research project. All using only one non-animated slide.

Competition: My Thesis in 180 seconds

This is a great opportunity for you to open up to other disciplines, take a step back from your own work, foster contact with the scientific and socio-economic world, and, above all, hone your communication skills towards a lay audience.

This contest takes place every year. Doctoral candidates interested in the competition are selected, supported and initially compete within the Sorbonne University Alliance. The winners then represent the institutions of the Sorbonne University Alliance in the national semi-final, and then, if they are selected, in the national final, organised by the CPU (Conference of University Presidents) and the CNRS (French National Centre for Scientific Research).

Several doctoral candidates from our institutions have already been selected to participate in the national final: Eslem Ben Arous and Alexandra Sauvêtre in 2019, and Mathieu Buonafine in 2016, winning the first prize from the jury in the final.