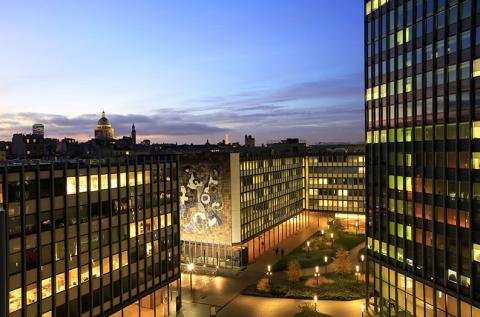 The campuses, centres and buildings of the Sorbonne University constitute an architectural heritage - historical or contemporary – that is sometimes little known, but which is all the same remarkable. From the Sorbonne de Nénot where part of the Faculty of Arts is located to the Pierre et Marie Curie campus, the architectural history of Sorbonne University is rich and continues to be written today.

The "new Sorbonne" of Nénot

It was at the end of the 19th century, after the abandonment of several renovation projects, that the 17th century Sorbonne finally benefited from an ambitious reconstruction project. At the instigation of Jules Ferry, a competition was opened in 1882, won by architect Henri-Paul Nénot, a pupil of Charles Garnier, with no buildings yet to his name. In three successive building projects up to 1901, Nénot endowed the Sorbonne with an academic palace (where the deanery was based), inaugurated in 1889, and new teaching and research premises for the faculties of science and literature.

Eclectically inspired, the "new Sorbonne" combines neo-Renaissance facades, antique peristyles and a classical-style main courtyard, dominated by the Lemercier Chapel. Its large vestibule, its grand staircase and its large amphitheatre, classified as Historic Monuments, are references to the architecture of the Third Republic.

Visits to the Sorbonne are regularly organised by the Paris Education Authority. 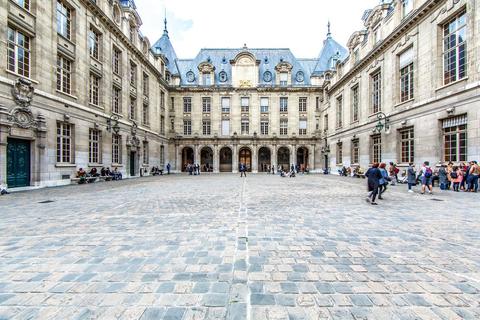 The Institute of Art and Archaeology

The Institute of Art and Archaeology (1925-1928) was built on the site of the former Institute of Applied Chemistry of the Faculty of Sciences of the Université de Paris. With a historicist inspiration, the building designed by Paul Bigot, winner of the Prix de Rome in 1900, combines a reinforced concrete structure with a bright red brick cladding. A frieze of archaeological terracotta casts unfolds throughout the Institute, reproducing masterpieces of art history, echoing the building's purpose. The medieval-inspired entrance gate was executed by Borderel and Robert, then directed by Raymond Subes, who would later in 1960 make the ironwork for the entrance doors of the Cassan bars at the Faculty of Science.

"Doge's Palace? Alhambra? Baths of Diocletian? Churches of Ara Coeli? of Assisi? of Palermo?... yes? ... Well, yes and no, there is all that, yes, but there is something else, something else entirely personal, something completely new" in Paul Bigot's building, wrote a journalist in 1930 in L'Illustration.

Classified as a historical monument in 1996, it now houses the History of Art and Archaeology departments of the Faculty of Arts of the Sorbonne University. 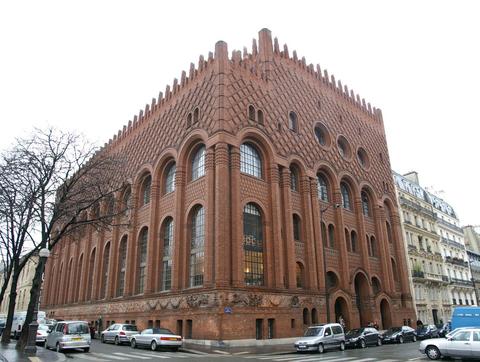 The Pierre and Marie Curie Campus

Inaugurated in 2016 after many years of renovation, the former Jussieu Campus is now the main Parisian site of the Faculty of Science and Engineering. Long "the Eldorado of academics, scientists and doctors" (Christian Hottin), the immense site of the Halle aux Vins on the Quai Saint-Bernard was officially assigned to the Faculty of Science in the immediate post-war period. After a first phase of work leading to the development of "bars" by Urbain Cassan, the appointment in 1962 of Edouard Albert at the head of this project for the construction of a new Faculty of Science was a turning point.

Despite the objectives initially set by Dean Zamansky ("a faculty of science is built in three years for thirty years"), the project, unfinished, came to a halt in 1972. What remains is a huge "grid" whose construction in the heart of historic Paris was the subject of much controversy, but which was a milestone in the history of university architecture. Moreover, under the impetus of André Malraux, many works of art would be commissioned under the "1% artistic" scheme and integrated into the project. Although the first projects were entirely at the service of architecture, they gradually gained in autonomy and boosted the museum dimension of the spaces in Albert's "grid".

These works, created between 1961 and 1975 by major artists (Five Wings by Alexandre Calder, Le Petit Théâtre by Jean Arp, Para Vista by Victor Vasarely), unknown (frescoes by Léon Gischia and Dan Sabatay), Labyrinth by François Stahly) or with a unique viewpoint (such as Jacques Lagrange, who designed the sets for several films by Jacques Tati... and the paving of the Pierre et Marie Curie campus), are inseparable from the artistic and architectural history of the second half of the 20th century.

Between 2009 and 2015, major renovation work in the East and West sectors of the campus was carried out under the supervision of the Architecture-Studio agency and EPAURIF as project manager. The opening-up of the campus to the city was one of the central issues of this restructuring of the campus, also marked by the integration of new architectural elements into courtyards, such as the Tepee or the License Library. 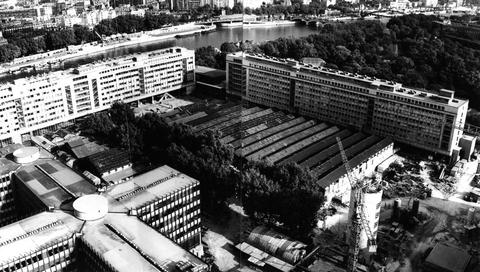 One of Sorbonne University 's newest facilities, the Clignancourt centre was inaugurated in 2013. Designed by the Gaëlle Péneau Architectes et associés (GPAA) agency, it took over the original "university centre", which was urgently built in 1968. Part of a larger project of urban renewal in the Clignancourt district, it was designed as "a space that is simultaneously protected and open to the district", around three federating amenities - a library, a gymnasium and a large auditorium (the centre notably hosting the musicology department of the Faculty of Arts). 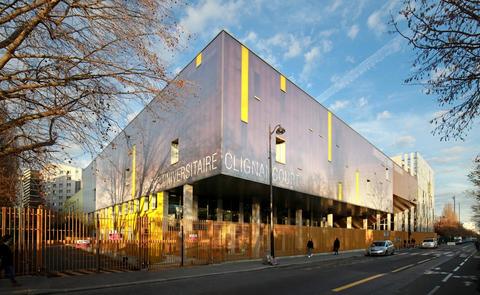