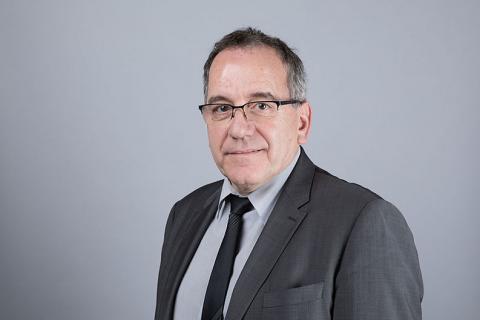 The President of Sorbonne University is elected by an absolute majority of the members of the Board of Directors for a term of four years.

Professor of Cell Biology at the Pierre et Marie Curie Faculty of Medicine, Jean Chambaz was Head of the Endocrine Biochemistry Department at the Pitié-Salpêtrière Hospital. In 1999, he created a joint Inserm-UPMC research unit in the field of intestinal metabolism and differentiation, which in 2007 was merged into the Cordeliers research centre, of which he was then deputy director.

In 2005, he created the UPMC Doctoral Training Institute. From 2008 to 2011 he chaired the Council for Doctoral Education of the European University Association (EUA). He has been a member of the EUA board since 2015. He was president of the coordination of French intensive research universities (CURIF) from 2014 to 2018. He was elected head of the European League of Universities for Intensive Research (LERU) in 2018.

Secretariat of the Presidency

Office of the President