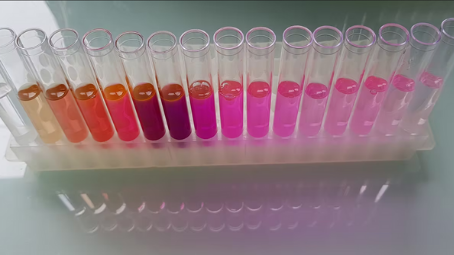 Temperature Drives Photosynthesis in the Oceans

Cyanobacteria, found from the equator to the polar circles, are able to fix huge amounts of carbon through photosynthesis. However, this phenomenon differs according to the ambient temperature and could be disrupted by global warming.

The ocean covers more than 70 percent of the surface of our planet. This gigantic mass of water plays a central role in regulating the climate, in particular because it captures a large quantity of a gas known as "greenhouse gas": carbon dioxide.

Most of the activity of this carbon pump is due to biological processes, based on the metabolism of a wide variety of marine microorganisms. Among these, the phytoplankton gathers those that are photosynthetic, as are the terrestrial plants that we know better. Phytoplankton is thus able, by using light energy from the sun and nutrient salts dissolved in seawater, to fix large quantities of carbon dioxide to synthesize the molecules needed to make new cells. It is estimated that these microorganisms are responsible for about half of the carbon fixation on Earth. There are many groups of phytoplankton and new ones are being discovered all the time! The phytoplanktonic microorganisms that are now considered numerically the most abundant on Earth are the cyanobacteria.

Cyanobacteria present from the equator to the polar circles

The most widely distributed marine cyanobacteria in the oceans is called Synechococcus, and is intensively studied by a research team from the Station Biologique de Roscoff, a Breton institute co-led by the CNRS and Sorbonne University. These researchers have shown that during their evolution, Synechococcus cyanobacteria have colonized the different oceans by differentiating thermotypes, i.e. genetic variants adapted to defined ranges of seawater temperature. In other words, Synechococcus inhabiting subpolar seas are not exactly the same as those living in temperate seas or tropical oceans.

In a recent study published in the renowned U.S. journal Proceedings of the National Academy of Sciences, Breton scientists looked at how Synechococcus cyanobacteria have changed the way they use light depending on seawater temperature. Strains of cyanobacteria, isolated from subpolar and tropical oceans during large oceanic surveys, were purified and grown in the laboratory at different temperatures. By developing a battery of biophysical and biochemical measurements such as pulsed fluorimetry and quantitative immunology, it was possible to highlight important adaptive mechanisms to understand the evolution of photosynthesis in the oceans.

Results showed that cyanobacteria from subpolar seas cannot withstand temperatures above 25°C, but are able to divide at relatively low temperatures. The researchers demonstrated that, to withstand the cold, these organisms use a photoprotective protein called OCP (Orange Carotenoid Protein), which allows them to protect their photosynthetic apparatus under these stressful thermal conditions. By studying the DNA collected during the large circumplanetary TARA Ocean expeditions, it has been shown that during evolution, the gene coding for this protein has almost disappeared from the genomes of natural tropical populations. This shows that temperature is a factor that greatly influences the evolution of photosynthesis in cyanobacteria in the oceans.

Tropical Synechococcus cyanobacteria, on the other hand, were found to be unable to grow at temperatures below 16 °C. On the other hand, the various measurements have shown, in a brilliant way, that they can synthesize a phenomenal quantity of photosynthetic proteins from 25 °C. The cultures then display a very intense pink color. The high temperatures allow them to fix a lot of atmospheric carbon and to divide at the highest growth rates ever measured for these microorganisms.

This study suggests that, in the current context of global warming, populations of Synechococcus cyanobacteria inhabiting sub-polar seas will eventually be weakened while their tropical congeners could become very competitive, particularly in coastal environments. One might think that this increase in cyanobacterial photosynthesis could slow down global warming by fixing more atmospheric carbon dioxide. However, we cannot ignore the fact that phytoplankton are the basis of all marine food chains and a previous study suggests that a significant increase in marine cyanobacteria populations could lead to a destabilization of some marine food chains, which would have other consequences that are still difficult to predict.

Christophe Six is a professor in marine plant biology at Sorbonne University
This article is republished from The Conversation under a Creative Commons license. The original article is in French. 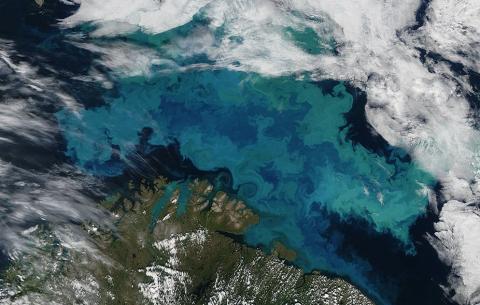 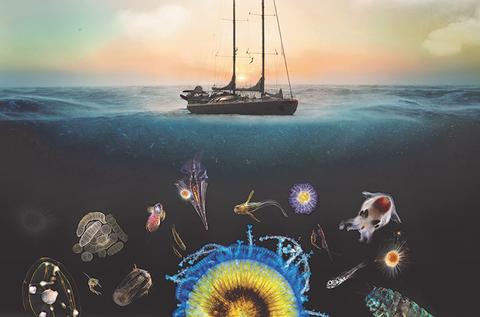