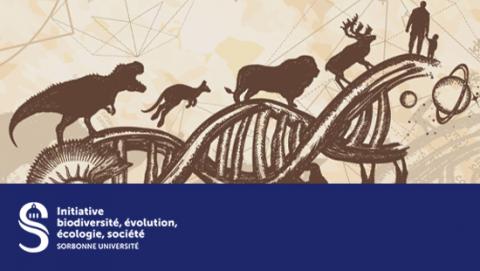 Anthony Herrel, Research Director for CNRS at the National Museum of Natural History (MNHN), is leading IBEES- (the initiative for Biodiversity, Evolution, Ecology and Society). 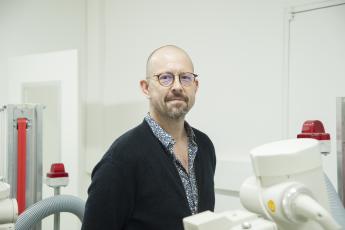 This multidisciplinary structure brings together some twenty research units from the Sorbonne University Alliance working to better understand the dynamics of biodiversity.

How did IBEES get started?

Anthony Herrel : Created in November 2019, IBEES takes over from the  LabEx Biological and Cultural Diversity Laboratory (BCDiv), whose goal was to foster dialogue between natural sciences, humanities and social sciences.
Between 2010 and 2019, the laboratory made it possible to form, within the MHNH, a multidisciplinary research dynamic that sought a better understanding of biological and cultural diversities; their evolution and interactions.
On the strength of this experience, in 2019 we decided to establish the IBEES initiative to extend our research to all partners of the Sorbonne University Alliance. Today, IBEES is made up of a thousand scientists working in approximately twenty research units in the fields of evolutionary science, ecology, earth sciences and human-environment relations.

What are its objectives and methods?

The initiative aims to stimulate and strengthen the organization of fundamental research activities and academic programs for the scientific community.
To achieve this, IBEES supports researchers through the establishment of doctoral and post-doctoral contracts. Every year, a call for projects is open to all three faculties of Sorbonne University as well as every partner in the Alliance. The selection committee, multidisciplinary in itself, favors subjects that sit at the intersection of natural sciences, humanities and social sciences, in order to encourage a variety of research approaches. A total of eight four-year theses and two two-year post-doctoral contracts are to be funded between now and 2024.

This funding will provide the preliminary data required to respond to ambitious national and international calls for projects, such as those from the National Research Agency or the European Research Council.
IBEES also aims to animate the scientific community by organizing seminars and annual public events. Open to the general public, these events present the full range of projects being undertaken and bring together specialists such as chemists, evolution experts, anthropologists, geologists, and more.

What are some challenges being faced by research teams?

The erosion of biodiversity, which has been accelerating for decades all over the world across both land and sea, is a major threat to the wellbeing and future of human populations. This erosion is a result of the interaction between poorly understood biological dynamics and human activity and behaviors. To slow it down, it is essential that we not only improve our understanding of the mechanisms of biodiversity, but also study the diversity of human societies and the complexity of interactions between biological and socio-cultural systems at different time scales.
This practice of considering ideas in a global manner requires us to combine different approaches in addressing multidisciplinary issues that have never before been addressed.

What are the implications in terms of educational programs?

We work with both undergraduate and graduate students, notably those who minored in Environment during their bachelor’s degree, to explain the value of our multidisciplinary approach. We have also introduced a doctoral training program for our post-doctoral researchers.
In addition, we organize open seminars during which external guests share their experiences with members involved in the initiative.

What sorts of impacts could the initiative’s research have on society?

The research conducted by the initiative enables us to better understand biological and cultural diversity in order to better preserve it.
By 2050, more than 80 percent of the world’s population will live in cities. Urban spaces are taking up more and more land, and this has a direct impact on biodiversity. To address this issue, for example, several research teams within IBEES are interested in studying the adaptive abilities of flora and fauna in urban environments.

The research conducted by the initiative enables us to better understand biological and cultural diversity in order to better preserve it.

In line with this, we also funded a project through IBEES this year that sets out to better understand and quantify the decline of different species. By combining biology, bioinformatics, modeling and participatory science, scientists are attempting to model the probability of extinction for certain species—crucial data for preserving the diversity of fauna.
Additionally, our expertise and the results of our research on biodiversity conservation feed into the work of other research bodies, such as the Institute for Environmental Transition, an institute whose actions are often directly linked to political decisions and society at large.