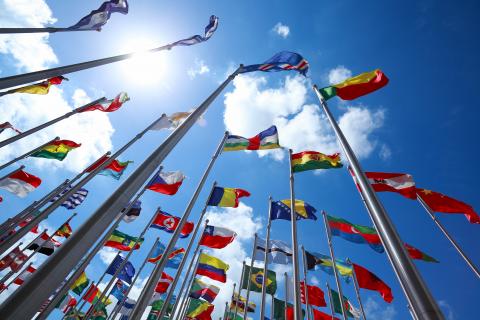 The DDI during the Covid-19 crisis

At the head of the Department of International Development (DDI), Director Christopher Cripps explains how Sorbonne University has continued to maintain and enrich its relationships with strategic partners despite the pandemic and stay-at-home order.

With the Covid-19, face-to-face exchanges with international partners were abruptly stopped. How did you experience the first moments of this crisis, which heavily affected the DDI’s activities?

Natural disasters and infectious diseases are among the worst enemies of a director of international affairs. In thirty years in this profession, I have had to manage situations such as SARS, H1N1, the tsunamis in Thailand and in Japan, Hurricane Katrina, several earthquakes and now the Covid-19, whose impact has surpassed anything we have seen in the past.

During my last mission to China in early January, the coronavirus was not yet at the heart of global concerns. Sorbonne University's strategic partnerships1  were taking off. Business was going well. Two weeks later, China confined its citizens in their homes. All the new projects that we had just started during our mission came to a complete halt.

Even if we were worried about our Chinese colleagues and friends, we were confident that everything would return to normal quickly. But we know what happened next: Italy fell ill, then Spain and France in early March. The same Chinese colleagues we were worried about a few weeks earlier were calling us to offer masks and advice, wishing us good luck for what awaited us. The United States, the United Kingdom, South America ... the epidemic had spread everywhere.

What were your first reactions?

As soon as the alert was given, we immediately thought of our students on exchange or doing internships abroad. The first reflex of an international director is to make sure these young adults are safe and to work with local and French authorities to protect them locally or to help repatriate them.

Once this question was settled, thanks to the good work done by the faculties, the health crisis plunged us into a virtual world of videoconferences, as was the case for many sectors. All of our international partners went to remote work, and the pace of our joint activities slowed down for almost two months. We had to cancel half a dozen missions.

This crisis then pushed us to start a fundamental reflection on our international strategy, with questions such as: How can we maintain our objectives of international development in higher education without carrying out missions abroad, without receiving our colleagues from around the world and without going to meet our future international students for several months? Will Sorbonne University remain a priority for its partners? Will we be able to complete our joint projects? So there were many questions we asked ourselves in April, at the worst period of the coronavirus for France.

How did DDI overcome this exceptional period?

C. C. : The DDI immediately decided to do our best to keep moving forward. Present virtually every day, we continued to work as much as possible during the confinement with regular team meetings and weekly goals. We put ourselves at the service of the Sorbonne University community by ensuring the translation of the FAQs and the official messages from the president’s office, while contributing to the creation of the new website in English.

On the development side, with the president of Sorbonne University and the vice-president of international development, we immediately converged on a proactive approach towards our partners.

Throughout the month of April, we kept in close contact with them. The president sent them letters reiterating our commitment to projects (in research and mobility) that we had already initiated together, and we offered to explore new projects together around the consequences of Covid-19. We also drafted a plan to continue building our partnerships via virtual tools: thematic research workshops via videoconferencing and the development of academic programs combining distance learning and face-to-face interaction.

By the beginning of May, our American, Canadian, Australian and Mexican partners began to respond to our proposals. I was reassured to see that once the worst of the crisis has passed, almost all of our partners, with the exception of those who were still very affected by the virus, responded and confirmed their desire to continue moving forward with us "virtually".

What conclusions do you draw from this crisis?

C. C. : The crisis has caused some delays on projects in progress. But it also helped us to redefine the priorities with our partners and to have more concrete, stable and specific exchanges on our collaborations. It has also enabled us to set up new internal working methodologies between the various international actors at university and faculty levels.

Not being able to travel, we had to communicate virtually, which gave us the opportunity to better plan the progression of our projects. What we would have done during a multi-day trip, we could do in a video conference in a couple of hours. I am not saying that physical contact and face-to-face meetings should be eliminated. Quite the contrary. Missions abroad are necessary to build partnerships, to get to know each other better, to see each other and to work together. But, it is certain that virtual meetings will henceforth continue to occupy a central place in the building our partnerships and the development of Sorbonne University’s international activities. 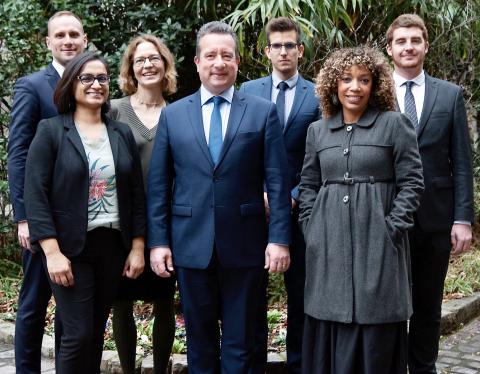