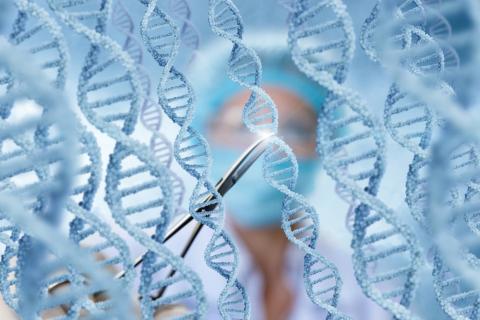 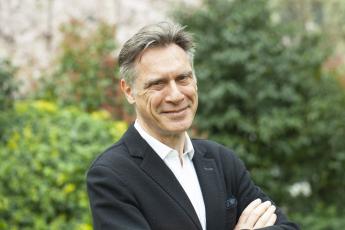 In 2020, Emmanuelle Charpentier and Jennifer Doudna received the Nobel Prize in Chemistry for the development of the CRISPR-Cas9 "molecular scissors". This tool, which makes it possible to easily modify the genome, is revolutionizing biology and raising many ethical questions. Hervé Chneiweiss, a neurologist and neurobiologist at Sorbonne University, is the chairman of the Inserm ethics committee and the Unesco international bioethics committee. He takes a look at this technology, which raises both hopes and fantasies.

Can you explain to us what genome editing is all about?

Hervé Chneiweiss: DNA contains the genetic information of all living beings in the form of a sequence of four basic molecules, or "letters", which make up the "alphabet of life": adenine (A), thymine (T), guanine (G) and cytosine (C). Genome editing consists in modifying a DNA sequence in a precise and controlled way by adding, removing or modifying one or more bases. One of its objectives is to correct errors that may have crept into a sequence of letters and caused genetic diseases, such as cystic fibrosis.

How is the CRISPR-Cas9 system a game changer?

H. C.: The strategy is not new: scientists have been doing genome editing for 40 years. But the processes they used previously were cumbersome, difficult, expensive and took months or even years to set up by expert laboratories.
Because of its accuracy, speed, simplicity, reliability and low cost, CRISPR (clustered regularly interspaced short palindromic repeat) has revolutionized genome editing. Since the first publications in 2012 and the first trials in 2015, this tool has enabled us to change scale. Today, CRISPR is a tool that is accessible in most laboratories and can be exploited in just a few hours by a master's student in biology.

How does this technology work?

H. C.: CRISPR-Cas9 is comparable to molecular scissors capable of inducing a break at a precise point in the genome. It consists of a guide that can target the sequence to be cut, and an enzyme (Cas9) that cuts the two strands of DNA.
Once the cut has been made, the cell will repair its own DNA. These repair processes are fast, but unreliable because they can remove or add to the DNA sequence an average of one or two base pairs, or even many more.

So with this tool, we have mastered cutting, but not DNA repair?

H. C.: Yes. In general, we just want to prevent a gene from being expressed: in this case, we just let the repair systems do it. The break is then badly repaired and the gene is inactivated. But if the goal is to correct the expression of a gene, this is more complicated because the repair must restore a "normal" sequence after the break.
To do this, scientists are continuing to develop other tools to modify the DNA sequence directly based on the CRISPR technique. By replacing the Cas9 enzyme with other enzymes, they can use chemical reactions to modify one or more bases without having to cut them.

Can you give us some examples of the application of this technology?

H. C.: There are many applications and this technique is now commonly used to modify the genome of somatic cells in animals and humans. In 2018, for example, a child was cured of leukemia through the modification of cells in his bone marrow. Thanks to the modification, the cells expressed a molecule on their surface that allowed them to destroy the tumor cells. This therapeutic strategy, performed ex vivo (outside the body), has already proven its effectiveness in several very aggressive cancers.

This technique is now commonly used to modify the genome of somatic cells in animals and humans.
Other diseases, however, require in vivo treatment to correct directly the expression of the gene responsible for the disease. This is the case, for example, for Leber's disease, a hereditary neuropathy of the retina. Although several trials are underway, this type of gene therapy still requires several years of development to successfully control the DNA repair process.

What risks accompany this innovation?

H. C.: There is always a risk of off-target effects. This was illustrated a few years ago by the appearance of leukemia in bubble children who had received a gene therapy in which a tumor suppressor gene had been mistakenly deleted.

What ethical issues does this raise?

H. C.: Given the technical advantages of the method and its very rapid diffusion, it is important to assess where, when and how its use could pose an ethical problem. The targeting of a somatic cell (of an individual's body) falls within the general context of all research and treatment: it requires the informed consent of the individuals and needs to have been scientifically validated and proven to be effective and safe.

Ethical questions arise when it comes to genetic modifications that can be transmitted to descendants: the main discussion concerns germ cells and the embryo (at the zygote stage, i.e. a single cell). Very specific mechanisms, of which we still know almost nothing, govern the early stages of life. Making a transmissible modification of the genome therefore implies thinking about the scientific and medical relevance of this act. In many cases, there are other ways to treat a disease.

But the ethical question is not limited to the evaluation of risks and benefits. Our genome constitutes our lineage in relation to our ancestors. It registers us as a specificity in the living world. As such, we must debate together the social acceptability of modifying what UNESCO has defined as "the common heritage of humanity".

How is genome editing regulated in France and in the world?

H. C.: France, and 29 other countries, have ratified the Oviedo International Convention that prohibits any transmissible modification of the human genome. Other countries, such as the United Kingdom, respect this convention, but do not prohibit transmissible genetic modifications in a very controlled context. Some European countries, such as Germany and Poland, find the convention too permissive. In China, this type of modification was not specifically forbidden, but measures were taken to supervise these practices, following the birth in 2018 of the first genetically modified babies at the embryonic stage.

Why do you think this subject inspires so many fantasies?

H. C.: Above all, it brings up the question of determinism. But living beings have an irreducible indeterminate dimension. A gene expresses itself in and according to a context. Like the film Welcome to Gattaca, we cannot read in a sequence everything that will happen in the life of an individual. This is illustrated by a genetic study whose ambition was to discover the secret of centenarians. Among the people whose genomes were analyzed, one woman had a genetic mutation that could cause a fatal heart disease. Yet she was 109 years old and had lived her entire life without a pacemaker. This proves that life will always surprise us.